Entries open at 9.00am AEST on 3 May, 2021 and close 11.59pm AEST on 6 June, 2021. SA residents 18 years and over only. Limited to one entry per eligible member. Winners determined on 7 June 2021 at 11.00am AEST at Nationwide News Pty Ltd, 2 Holt Street, Surry Hills, NSW 2010. Winners’ name to be published 24 hours after the draw date on the +Rewards website. The double pass will admit up to 2 adults to watch KISS End of the Road November 2021 Tour at Adelaide Entertainment Centre. Total prize pool valued at $3,998. There are 10 double passes to be won. Winners are drawn from entrants who are eligible +Rewards members from The Advertiser. Tickets not redeemable for cash and not transferable. All patrons of KISS agree to abide by COVID Safe protocols and other terms and conditions of play on-site. If the concert is cancelled due to government restrictions and or due to COVID-19, there will be no substitute tickets awarded. Attending the event is at your own discretion in relation to COVID-19. Ticket and ticketing agent terms and conditions apply. Ticketing agent terms and conditions available here: https://premier.ticketek.com.au/Content/buyers/termsofsale.aspx. Full terms and conditions apply. 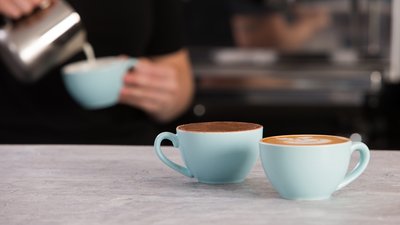 Enjoy 2-for-1 coffee at The Coffee Club